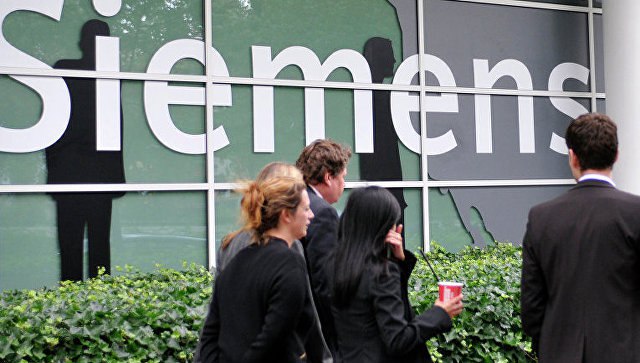 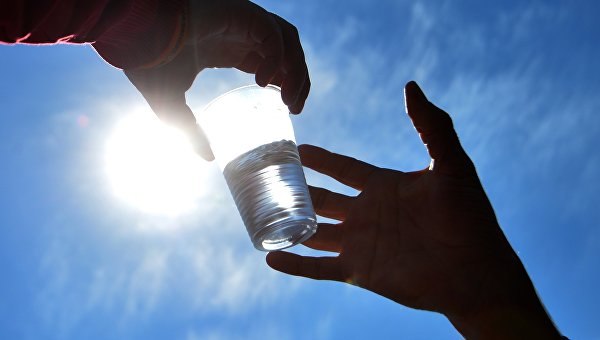 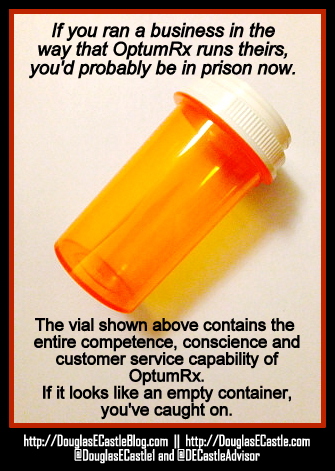 Please Help Us Stop This Horrific Customer Abuse! At the end of this brief article there is a Quick Survey which you can fill out (in less than 5 minutes, probably)

OptumRx, the "mail order pharmacy delivery firm which used to be known as Prescription Solutions, is a lying, inhumane beast, owned by its publicly-traded master, United Healthcare. United Healthcare 'compels' its insureds to use this OptumRx service, as it is often in a position to do so. It makes its profits by purchasing its medicines from the cheapest supplier which it can locate for any given drug in the United States, and by "playing around a bit" with the amount of your co-pay. There are people I know who used to have co-pays on certain generics of $20.00 or less, only to check their credit card statements to find that they are now being charged $40.00 for the same generic preparation.

The sad part is when you are lied to by one of their customer representatives and told things as ridiculous (let's assume that you are being treated for depression, PTSD, psychosis,Crohn's Disease, respiratory disorder, HIV, diabetes, cancer [via chemotherapy] or any chronic condition where you must have a continuous, uninterrupted supply of your medication or risk a serious relapse, physical or psychological breakdown or a trip to the hospital) as "Well. we can't fill your prescription according to some [nonsense] state law or company policy where you cannot even put in your order to process a refill until you have 1) completely run out of the medicine, and 2) until they can locate a 'suitable pharmacy' which will work with them so that they can get your pills shipped to you in seven to ten business days.

Your choices are horrific -- you can either wait until they find a cheap enough supplier, stop using delay tactics on you, and 1) go without your medication for two to three weeks, in which case you may wind up either severely ill or hospitalized (or they may mercifully offer, if you sound desperate and sick enough, to expedite shipment for an additional fee of approximately $12.00 dollars or so... probably the cost of your co-pay), or 2) purchase the prescription at your local druggist (who sometimes actually has the same medication at a lower price than what OptumRX is claiming that their wholesale price of the medication costs), in which case OptumRx will pay no portion of the medication price because you were so desperate to get your medicine that you had to pay or get dreadfully sick.

They lie. They are rude on the telephone. They are either inadequately trained or experts at delay tactics. They have no problem saying that something is being sent, that you will absolutely receive it by a certain date, and then calling you up on that very day you were expecting your medical lifeline in the mail, and tell you that they have to reconfirm it with your physician, or some other delay tactic. They should be put out of business. Consumer Watchdog and a few other pro-public agencies are filing little lawsuits against them for all of their crimes against Humanity -- but that can't be enough.

And if you don't have the time, simply fill in the Quick Survey at:

Read some of the reviews about OptumRx's service and practices on Google. Hear the horror. See the sick and defenseless -- and especially the elderly -- being abused to the point where it is destroying their physical AND emotional health. If a small company, unaffiliated with United Healthcare, were to engage in these same practices, my guess (it's only a guess) is that they would be investigated by the FBI, the FTC and numerous other agencies who would ultimately put them out of business.

When does a company cross that ethical boundary from providing a service to customers to stealing and victimizing them? Sounds like a criminal enterprise. A "legal" drug cartel. But let's fill out the Quick Survey, get the pulse of the people (if they haven't waited too long for their cardiac medicine!) and then, if we've got the numbers, put forth a petition which will go to the parties in our democracy (such as it is) who are charged with the responsibility of protecting consumers from fraud and abuse and shut down OptumRx and help us make arrangements to replace them with a lesser evil, if evil is all there is out in this wonderful, profitable, mail-in prescription scheme. I remember when I could just go to my pharmacy to get my medicine -- and I never minded the co-pay, because I received good, concerned, personalized and friendly service... and I received my medication without begging like a dying animal. How I miss integrity. I doubt if anyone at OptumRx could define "integrity." It's just not part of their culture.

Please - help put a stop to this abuse - Fill In The Quick Survey - if there is enough anger and frustration out there, I swear to you, we'll put together a petition that will get the pathological liars, delayers, and quick-buck artists at OptumRx the kind of attention they truly deserve.

Read the article at http://douglasecastleblog.com/2014/01/05/optumrx-must-die-mailorder-pharmacy-monstrosity/, and get some of the inside information from a former OptumRx employee or two -- you will be shocked by what they have to say.

I'm no angel. I'm a sinner trying desperately for redemption. But these people are bad. And if they are not stopped, expect more of such parasites to invade our economy. Let's stop OptumRx from fleecing us -- they must be brought to account and made to pay for the damage they've done. Then again....there's always the off-chance that they'll start taking us seriously and spare themselves the regulatory reapers. I'm just not that optimistic. I'm still disgusted over the crash of the capital markets in 2008. 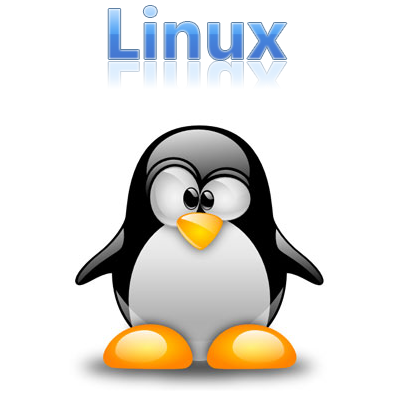